OpenSMOKE++ was used for simulating the evaporation and combustion of isolated fuel droplets. The work is a collaboration between the CRECK Modeling Lab, Cornell University, University of San Diego California, Lawrence Livermore National Laboratory and Sandia National Laboratories. The main results have been published on Fuel in a paper with title: "Simulating combustion of a seven-component surrogate for a gasoline/ethanol blend including soot formation and comparison with experiments". 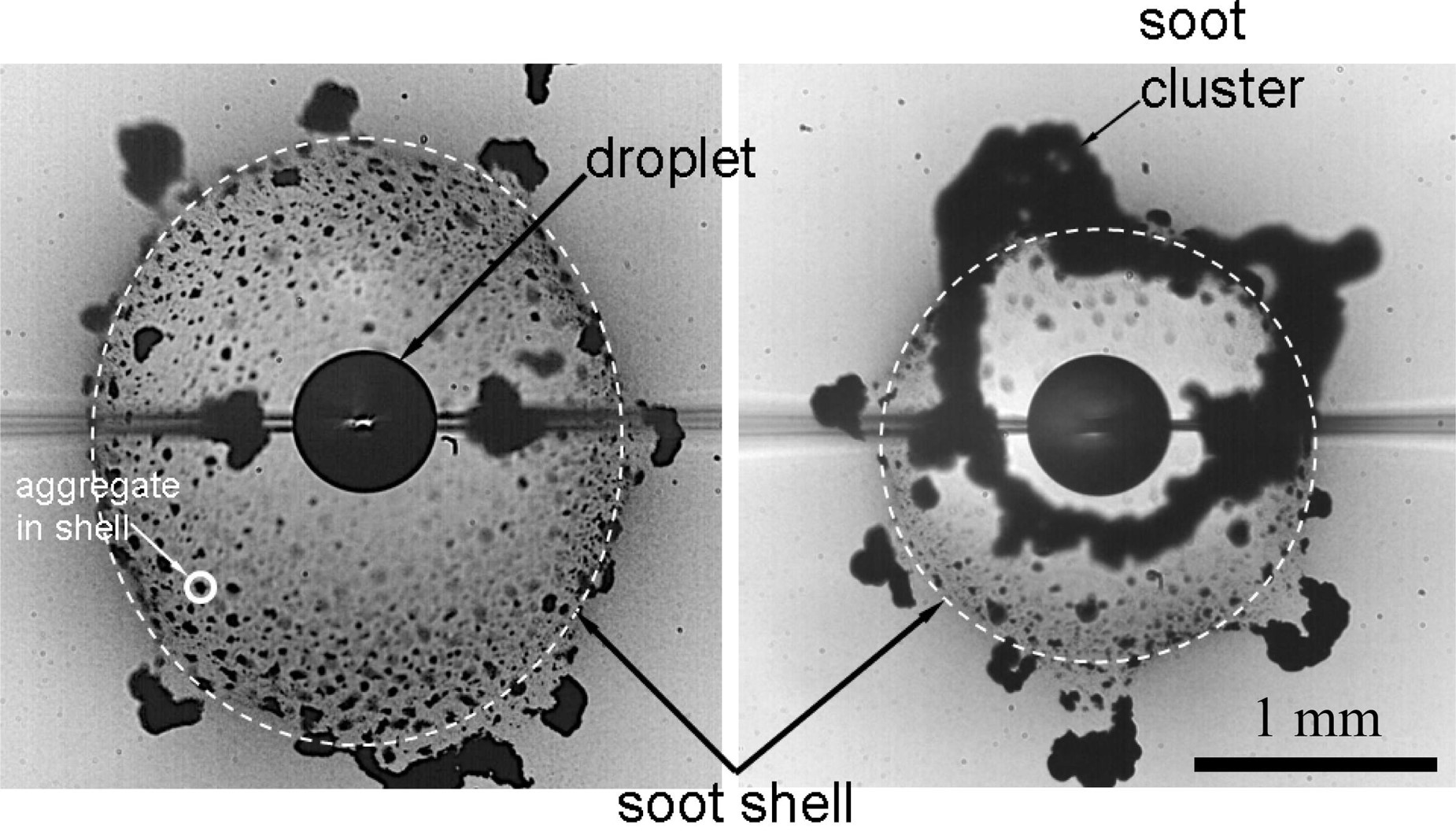 Combustion of a seven-component surrogate for a research grade 87 octane gasoline mixed with 10% ethanol is investigated experimentally and numerically from the perspective of an isolated droplet burning under conditions that promote one-dimensional gas transport. The numerical analysis included a kinetic mechanism comprised of 398 species and 24,814 reactions and a soot model that accounted for nucleation, surface growth, coalescence/aggregation of soot particles, and luminous flame radiation. Measurements of droplet and flame diameters were made for an initial droplet diameter (Do) of approximately 0.63 mm. The simulations agreed well with the measurements including the location of the soot shell. Preferential vaporization was revealed by simulations of the liquid concentrations in the droplet. Predicted peak soot volume fractions coincided with temperatures between 1300 K and 1400 K as a soot inception temperature. Simulations were also carried out for Do between 0.25 mm and 5 mm to explore the effect of radiation and Do on burning. Below 0.25 mm radiation was negligible and burning rates and flame temperatures converged to a single value. Increasing Do up to 1.8 mm lowered the burning rate with luminous radiation having a strong effect. When radiation was entirely removed from the model the burning rate was nearly constant. Above Do = 2 mm droplets extinguished almost immediately after ignition. The flame temperature decreased with increasing Do while it increased when radiation was omitted. The simulations show that soot precursors including polyaromatic hydrocarbons were concentrated around the soot shell.